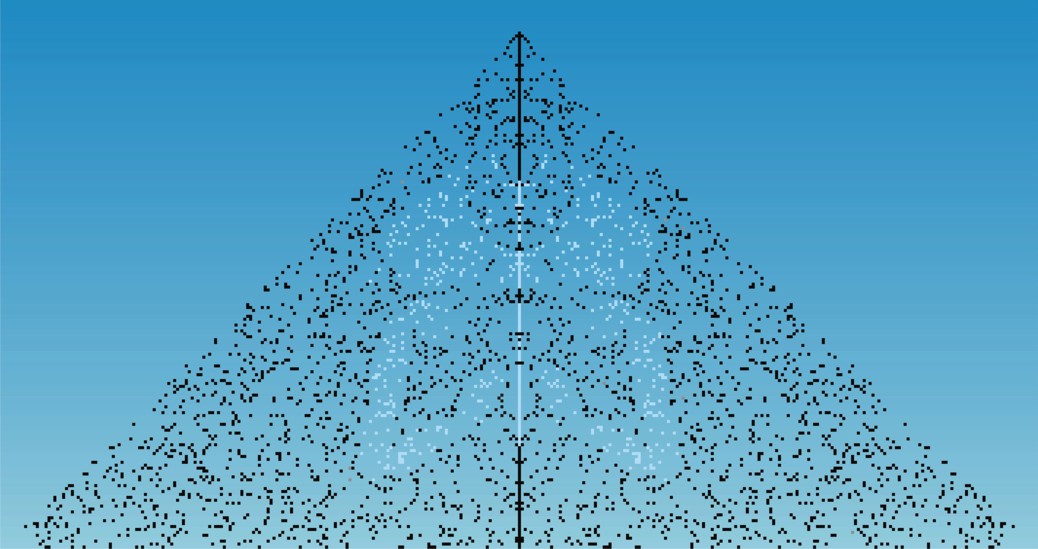 Symmetric digits of pi (black and lightblue) placed in the  pi-ramid´s 177 steps. Yes – I followed my intuition. It was leading me while bringing out symmetric dots ( black colour). The decision  which dot should be could be considered as an act done high-handed. You may think this. – But isn´t it amazing that the symmetric digits within the pi-ramid are enabling and permitting – even forcing on – this picture? Isn´t it astonishing to find so much symmetric digits within the pi-ramid so a plenty of artwork can be done? Isn´t this a sensation? You could mean that there is a visual code within pi.